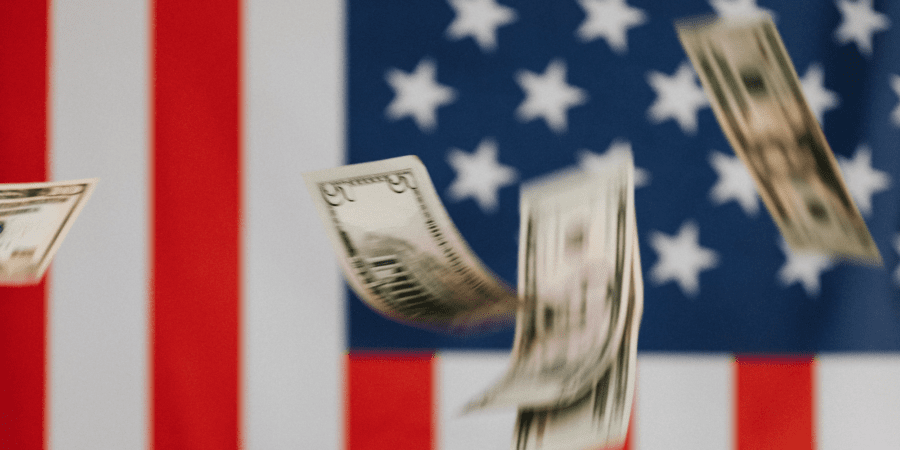 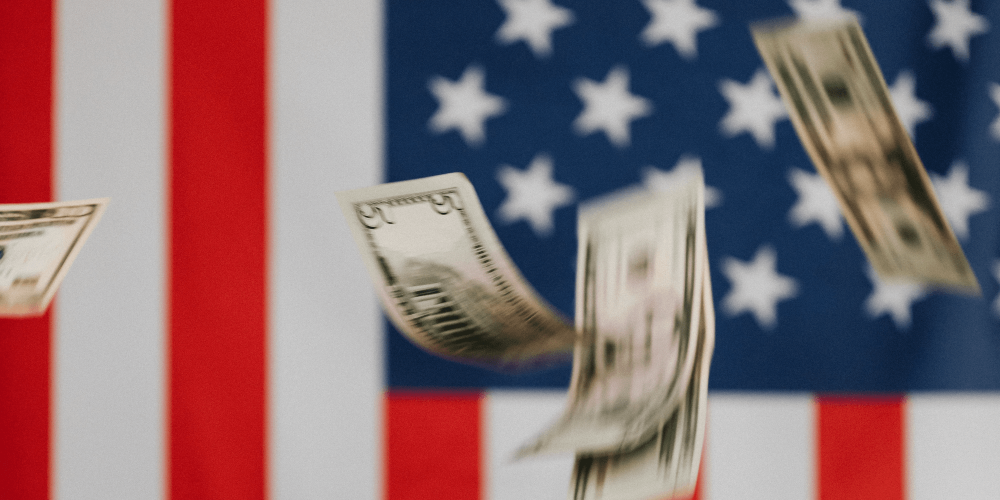 Your quick guide to inflation and interest rates

U.S. inflation continues to make headlines, with the most noticeable impact on the costs of real estate, fuel, and food prices. With inflation on the minds of consumers, our goal is to empower you to make informed decisions about your finances. Here is a quick primer on inflation, interest rates, and ways to safeguard your finances.

Economic inflation is the increase in the cost of goods and services over time, measured by the Bureau of Labor Statistics using the Consumer Price Index (CPI), which looks at the cost of a “basket of goods.” The Bureau releases monthly reports, so when people say inflation is at 8% this month, they generally mean that the basket of goods costs about 8% more on average than it did the previous year. Remember that the prices of different goods and services in the basket can rise at different rates. For example, we have seen education and health care costs experience higher inflation rates than the average inflation rate.

That depends. Inflation can be good or bad for an economy.

The Federal Open Market Committee, the department of the U.S. Central Bank that makes decisions about managing the nation’s money supply, targets an inflation rate over time of 2%. Looking at the CPI from 1989 to 2019, the average annual inflation rate was 2.5%, which was generally considered a positive state for the overall economy.

In June 2022, consumer prices were up 8.6% from a year ago. The increase reflects rising costs for gasoline, groceries, rent, airfare, and a wide range of services. Inflation can be caused by a number of factors. Recently, the surge in inflation has been driven by a combination of supply chain issues, pent-up consumer demand, and economic stimulus from the pandemic that flooded the economy with cash. The rising gas and oil prices have also driven further inflation because many products are made with petroleum byproducts, and nearly every consumer product (including food) is transported using fossil fuels.

During the pandemic, many factories shut down, materials were not being mined, and shipping companies reduced their schedules. Those factors created bottlenecks that made it harder to deliver goods to consumers; low supply and high demand is a classic cause of price increases.

In addition to the natural rise in oil prices from the Covid recovery, government policy has resulted in limitations on supply. US refineries have replaced oil refining capacity with retrofits to refine biofuels, which will not come online until 2023 at the earliest. Since a new refinery has not been built in the US in about 50 years, we are meeting higher demand with about 1.5 million fewer barrels per year in refining capacity. On top of this, Russia is reducing the supply of natural gas to the world.

There’s a simple equation for inflation: when you have supply chain constraints, but consumers still want to buy, you get inflation. And when inflation is on the rise but the labor market remains steady, the Fed will raise interest rates.

What’s the connection between inflation and the interest rate?

An interest rate is the percentage of principal (the amount of money loaned) charged by the lender for the use of its capital. Interest rates affect the cost of loans, such as home mortgages, car loans, appliance loans, business loans, or student loans. As a result, changes in interest rates can speed up or slow down the economy by affecting the cost of borrowing.

It’s up to the Federal Reserve to manage interest rates to achieve ideal economic growth. The Fed’s role is to keep unemployment low while also reducing inflationary pressures, which it can influence in two key ways: 1. by adjusting interest rates, and 2. by buying or selling financial products. Known as tightening monetary policy, the current high inflation rate is prompting the Federal Reserve (along with other central banks around the world) to raise interest rates. In June 2022, the Federal Reserve escalated its battle against inflation and soaring consumer prices by announcing the largest interest rate hike the U.S. has experienced in 28 years. Raising the benchmark interest rate by three-quarters of a percentage point is the biggest hike since 1994, following a quarter-point increase in March and a half-point jump in May.

With higher interest rates, it becomes more expensive to carry a credit card balance, get a car loan, buy a house, or take on debt of any kind. By sharply raising interest rates, the Fed hopes to clamp down on consumer demand, and thus ease supply chain woes. Currently, demand outweighs supply in many areas, especially with continued supply chain disruptions and geopolitical tensions. Yet unemployment remains historically low at about 3.6%, which is bolstering the Fed’s actions to raise interest rates.

While this action is producing temporary pain, it does reload the Fed’s capability to combat our next recession. In fact, fine-tuning by the Fed has helped shorten the contraction of the business cycle significantly over recent years. From 1945 to 1982, months of expansion versus months of contraction were 4.5 to one; more recently, from 1982 to 2009, that ratio went from 10 months of expansion for every one month of recession.

Stagflation is a term that was coined in the 1970s when there was simultaneous high inflation and economic stagnation, or high unemployment. Although the term has reentered the conversation in recent months, many economists aren’t expecting a return to stagflation now. However, the unemployment rate could increase as a result of tightening monetary policies. In the near term, the labor market may cool simply by having fewer vacancies. In the long term, if energy prices don’t come down, we could experience economic stagnation while prices continue to inflate.

Safeguarding your finances during a period of high inflation

One thing you should NOT do is panic. Here are some other ways to bolster your financial security:

Do you have any questions about the impact of inflation on your financial plan? Schedule a consultation with a trusted advisor today.